2 - Blockchain - The Technical Side

Public an private keys are large integer numbers and they are represented using a separate Wallet Import Format (WIF), consisting of letters and numbers.

You sign the cryptocurrencies you send to others using a private key.

Private key derives public key. With a has function public key is transformed to address visible to everyone. You can receive cryptocurrencies to your address.

Cryptographic Hash Functions
Collision when two inputs to a hash function produce the same output is extremely unlikely to happen.

Hash functions are deterministic - the same input will always yield the same output.

When data is written to the block it’s hashed. This principle allows the nodes participating in the blockchain to detect any changes to data.

Hashed data is used to create a link between each specific block. Hash of each previous block is written into the block in the chain and then hashed - producing the current block’s hash. This means that the current block hash will contain the prior hash.

Blockchain relies on public key cryptography to acknowledge the idea of ownership on the blockchain.

Process of miners verifying actions on the blockchain is known as a proof of work.

Merkle Tree
Every 2 nodes in this binary tree will be hashed together and merged into a single hash. As the result hash root is obtained.
Verifying that a data chunk is part of the bunch represented by a merkle root will require less computation. 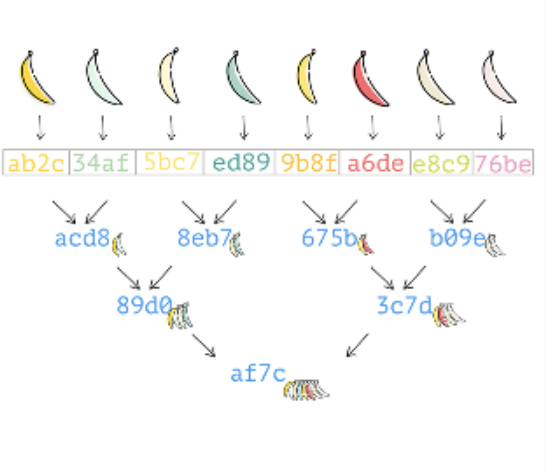 The Bitcoin blockchain uses Merkle proofs in order to store the transactions in every block.

Anatomy of the Block

Validity: not all blocks are valid. Finding a valid block = mining. Blockchains have an arbitrary “difficulty” setting which changes how hard it is to find a block. The work required to create a valid block is where value comes from. Miners are rewarded financially for finding a block. This is the work in “proof of work”.

Based on the set difficulty you have to find a nonce which will result in the block hash value to be below the threshold. As a result of this the block will become valid and you will receive a reward for your work - currently it’s 12.5 bitcoins. 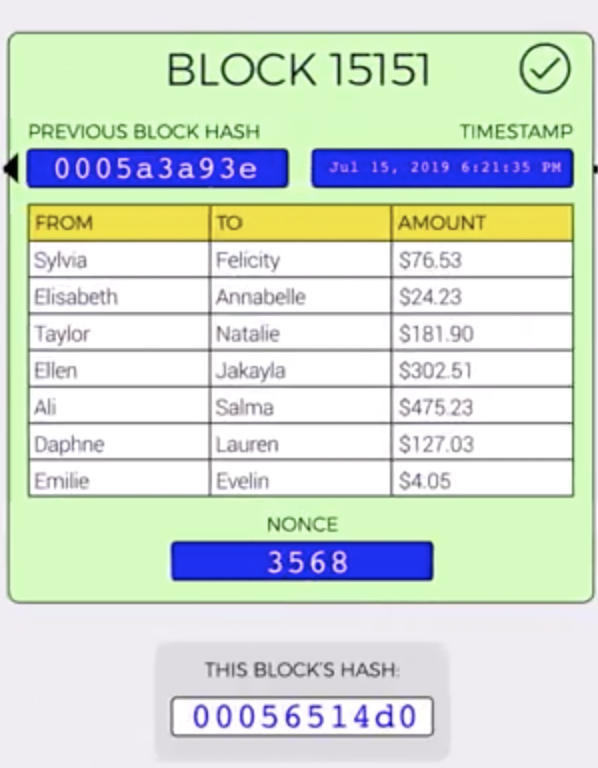 Tampering a single transaction will invalidate all the subsequent transactions and will require someone to recalculate the valid nonces for them.